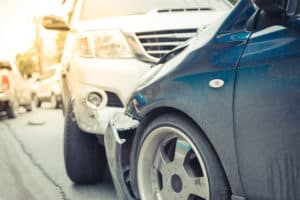 63-year-old Mark Lawrence, of Ione, was taken from the scene and later died, the Amador County Sheriff’s Office stated.

The accident occurred at about 7:40 a.m. on Highway 88, just east of Highway 104 on Wednesday, September 18. The sheriff’s office stated that Lawrence was in a pickup truck on his way to work and drove east on Highway 88. Then, for an undetermined reason, the truck drifted into the westbound lane. After that, it crashed head-on with a transfer truck.

Officials said Lawrence worked for the sheriff’s office for 26 years. He retired in 2010 and was sworn in as a court security deputy in 2014.

A large part of Sergeant Lawrence’s career was dedicated to investigating child and elder abuse crimes.  He worked tirelessly to protect the most vulnerable in our community, according to the sheriff’s office in a Facebook post.

We at the Sweet Lawyers extend our heartfelt sympathies to the families and friends of Mark Lawrence during this difficult time.

If you suddenly lost a loved one due to someone’s negligence, contact us today at the Sweet Lawyers. Our litigators are highly skilled and experienced in handling delicate cases such as wrongful death. We want to help you through this difficult time so you can focus on other matters at hand. Let us fight for justice and proper compensation your family deserve. Call us for a free consultation at (800) 674 7852.