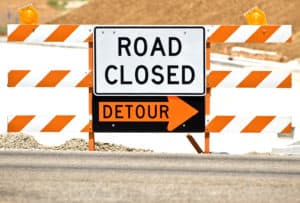 MARIPOSA, CA (January 29, 2019) – A man was killed following a head-on crash Tuesday afternoon in Mariposa, according to the California Highway Patrol.

CHP officials said a Volvo garbage truck, driven by a 64-year-old man, was traveling northbound on Highway 49 approaching a right-hand curve of the road. At the same time, a Subaru Forester, driven by an 83-year-old man from Mariposa, was heading southbound entering the same curve.

As the Subaru rounded the curve, it crossed over the double yellow lines into the southbound lane and collided head-on into the Volvo.

The driver of the Subaru was trapped inside the vehicle with fatal injuries. The elderly man was pronounced dead at the scene. His name has been withheld pending notification of his family members.

The Volvo’s driver suffered moderate injuries and was transported to John C. Fremont Hospital in Mariposa.

There were no other occupants in either vehicle.

Both vehicles and the debris from the crash blocked both lanes of Highway 49 between Tip Top Road and Woodland.

The roadway was closed for nearly four hours as officers conducted their investigation.

Losing a loved one is an extremely difficult time for any family member or friend affected by the tragedy. If you have lost a loved one due to someone’s negligence, you may have the right to a wrongful death claim against the responsible party. We at The Sweet Law Group strongly encourage anyone who may find themselves in this situation to give us a call today at (800) 203-3061 for a free case evaluation. We will fight hard to obtain the care you deserve and just compensation that you and or your family are entitled.