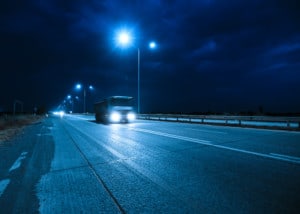 MARIPOSA, CA (January 30, 2019) – One man was killed and another was hospitalized in a head-on collision along Highway 49 near Wass Road Tuesday afternoon.

The deadly crash happened around 1 p.m. and involved a Volvo garbage truck, driven by a 64-year-old man. The Volvo truck was approaching a right-hand curve on the roadway when a Subaru Forester heading southbound rounded the curve and veered over the double yellow lines into the northbound lanes.

The Subaru and the Volvo collided head-on, blocking both lanes of the roadway. The 83-year-old man from Mariposa who was operating the Subaru was trapped in his vehicle and subsequently pronounced dead at the scene. The Volvo driver suffered moderate injuries and was brought to John C. Fremont Hospital in Mariposa.

No one else was injured. Authorities are investigating this fatal crash to learn more.

Our hearts break for the family and friends mourning this tragic loss. Our attorneys would like to send our thoughts and sympathies to you.

To file a wrongful death claim, give the Sweet Law Group a call at (800) 203-3061. We take pride in our team of litigators who have been properly trained to assist families in their legal battle. If you’re eager to prosecute the reckless driver for his or her egregious actions, do not hesitate. Why settle when you can acquire something more? Our lawyers will ensure that you and your family acquire the highest compensation needed to recover and move forward. Schedule your free consultation — call us today.