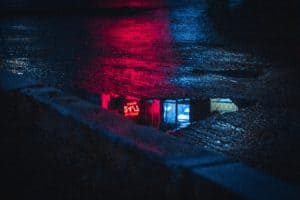 The Selma Police revealed that one of them had a felony probation warrant. Meanwhile, the other person escaped from officers, hit one individual with their car, and later surrendered.

According to reports, officers stopped a vehicle with four occupants on Floral Avenue and Thompson Avenue about 1:30 a.m.

Chief Joe Gomez revealed that they identified one of the occupants as 25-year-old Mario Padilla of Fresno, who had a felony probation warrant.

After arresting Mario Padilla, they attempted to conduct a probation compliance check to the other occupants. However, as they removed one of the passengers, 25-year-old driver Miguel Hernandez-Salermon of Fresno started the car and escaped. Then, a passenger door hit an officer’s elbow, leaving him to suffer from pain.

The authorities attempted to follow the vehicle. However, they ended the chase due to public safety when the suspect vehicle approached Highway 99 from Floral Avenue.

Meanwhile, at about 2:00 a.m., a vehicle that matched the suspect vehicle went off the freeway. Then, it fell down an embankment at Highway 99 and Manning Avenue. When the responding officers arrived, there was no one inside the vehicle.

The police took Hernandez-Salermon into custody and booked him into the Fresno County Jail. He received charges of assault with a deadly weapon on a peace officer and felony reckless evasion from a peace officer in pursuit.

Whenever you are behind the wheel, it is your responsibility to follow all traffic laws. By doing so, you can ensure your safety and the safety of surrounding vehicles and motorists.

Moreover, if you feel yourself unable to drive, you can always contact a Lyft or Uber instead.

Mark Sweet, an award-winning attorney, has handled many personal injury cases. He wants to let those who are injured know that it’s important to have an independent investigation after an accident to better protect your rights.

If you are involved in a similar car accident or have suffered injuries, turn to us. We have been pursuing justice for over 40 years, and know how to proceed in tough legal situations like these. Let our team of experts get you the compensation your family deserves. We value your trust, therefore we collect no silly retainer fees. Call our offices now at (800) 674-7852 to receive a free consultation with a professional.