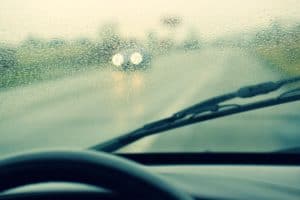 MODESTO, CA (June 2, 2018) – A man was killed in a two-car collision on Yosemite Boulevard in the Waterford area, early Saturday morning. The deceased victim was identified by the Stanislaus County Coroner’s Office as 45-year-old Marinus Lubbers of Oakdale.

According to reports, Lubbers was driving his 1953 Chevrolet eastbound on Yosemite Boulevard, just west of Geer Road, around 1:45 AM. He was rear-ended by a Mercedes sedan, also traveling east.

From the impact of the collision, the Chevy was pushed off the road. Due to the age of the vehicle, it was not equipped with seatbelts and Lubbers was ejected from the truck. He sustained critical injuries and was pronounced dead at the scene.

The driver and possible occupants inside of the Mercedes left the car and fled from the scene, leaving the injured man in the road. Alcohol containers were found in the vehicle, according to California Highway Patrol Officer Thomas Olsen.

No additional information was released to the public, as authorities continue to investigate the fatal collision.

If you witnessed the collision and have any additional information that could help officials, contact the Stanislaus Area Crime Stoppers by calling (209) 521-4636. You can also text tips to Crime Stoppers at 274637, type TIP704 along with your message.

Heartfelt condolences to the family and friends of Marinus Lubber. He was going to turn 46 on the Monday following the accident, according to a Facebook post by his sister, Tina Tunner. May he rest in peace.

If you have lost a loved one in a tragic hit-and-run accident on the road, contact the wrongful death lawyers at Sweet Law Group. We will guide you through this difficult time, and answer any questions or concerns you may have along the legal process. Our experienced attorneys and professional legal team will fight, day and night, until we achieve the jutsice and compensation that is owed. Let us fight for you and your family. Call today at (800) 203-3061 for a free case evaluation at a location nearest you.