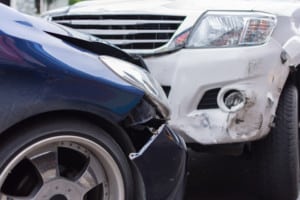 Moreover, the incident happened on October 12th at around 11:00 a.m. A northbound Toyota Prius struck a Chevrolet Cruze making a left turn from southbound Highland Avenue to Sunset Boulevard.

Officer Joel Twycross, with the Los Angeles Police Department’s West Traffic Division, said that both drivers remained at the scene.

Also, responders took the Toyota driver to Cedars-Sinai for treatment, and is recovering.

According to Twycross, alcohol, and drugs didn’t play a role. Thus, authorities haven’t made any arrests or citations.

“We would like to hear from any potential witnesses who saw it,” Twycross stated. “It’s a pretty busy intersection. We do have camera footage, but someone may have had a different perspective.”

We understand that losing a loved one is never easy. Thus, our law firm would like to express our heartfelt sympathies to those mourning the loss of Maria De Hipolito.

“The last thing most families want to deal with is piles of paperwork. It’s a lot, from the questions from insurance companies or defense attorneys, attempting to obtain police reports…this is overwhelming stuff for a family dealing with tragedy,” says Mark Sweet, a seasoned attorney at Sweet Lawyers.

Turning to an experienced attorney can provide you with space to heal, while also ensuring that your rights are respected and justice will be served.

Losing a loved one can be distressing for your family and those involved, to say the least. You may have a chance to obtain justice and the means needed to cover unexpected monetary, physical, and emotional damages. With 40 years of practice, Sweet Lawyers is confident that we can tackle your wrongful death lawsuit and help you recover. Our lawyers are here to guide you during your legal battle. We will help you acquire the justice and compensation needed to cover any financial hardships. Sweet Lawyers have dealt with a variety of wrongful death cases. For a free case evaluation, call (800) 674 7852.