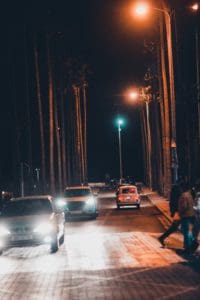 The incident happened around 8:00 pm, in the area of Main Street and Mariposa Road.
&nbsp
Cabrera’s 1994 Honda Accord was t-boned by a 2002 BMW as he drove across an intersection.

Deputies found Cabrera unresponsive inside his Honda upon arrival. Cabrera was later pronounced dead as a result of the impact.

Officers also discovered the silver 2002 BMW on top of a down palm tree in the In-n-Out parking lot. Officials assisted the driver of the BMW, Ramses Gonzales, a resident of Rialto, out of his vehicle.

Paramedics later airlifted Gonzales to Loma Linda Medical Center for further treatment. Medics listed him in critical condition. However, there has been no update on his current status.

Through investigation, deputies believe that Gonzalez drove his BMW west on Main Street. He then approached the intersection on Mariposa Road where he eventually crashed into the northbound Honda Accord.

Sheriff’s officials stated that alcohol and/or drugs may have been a factor in the incident.

Officials shut down the westbound lanes of Main Street from Mountain Vista Avenue to the 15 Freeway northbound on-ramp until around 2:30 am on Sunday.

We would like to extend our sincere sympathies and thoughts of comfort to the family and friends of Marcellino Cabrera III during this difficult time.

If you have lost a loved one in an accident and you need a lawyer to represent you, contact our legal team for immediate help. While no amount of compensation can bring back a loved one to life, the party at fault can be held liable for the loss. An experienced wrongful death attorney at Sweet Lawyers can fight the legal battle for you. We do not down our tools until you get fair compensation for financial loss, wage loss, and property damage. Call our office today at (800) 674 7852 to discuss your case with us free of charge.