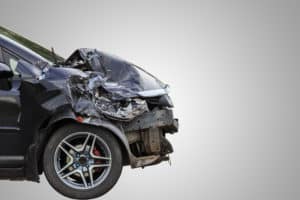 MADERA, CA (December 4, 2018) – A teen pedestrian was hospitalized with serious injuries Monday after being struck by a suspected DUI driver on Road 25 near Avenue 9 1/2.

According to Madera California Highway Patrol Officer Gregorio Rodriguez, a van was traveling at excessive speeds on Road 25 around 6:30 a.m. when it struck a puddle and hydroplaned. The vehicle subsequently crossed both lanes and struck the teen pedestrian who was cast 100 feet ahead before the vehicle struck several trees nearby.

The 17-year-old Madera boy suffered major injuries to his lower body including broken bones and internal injuries. Paramedics airlifted him to Community Regional Medical Center in Fresno in critical condition.

Manuel Rosales, the 23-year-old Madera man driving the van, was believed to be impaired at the time of the crash. Officers booked him into Madera County jail Monday on suspicion of DUI after he was treated for minor injuries.

When driving, be on the lookout for pedestrians. Especially when the roads are wet and slick, drive carefully and never drive under the influence. There are many ways we can prevent road accidents. Always keep safety in mind and be leery of your surroundings.

The Sweet Law Group is your tried-and-trusted resource for acquiring a maximum settlement for your personal injuries. If you have been involved in a serious car accident it would like to hold the at-fault party responsible for his or her actions, call (800) 203-3061. We pride ourselves on our commitment to each case we undertake. You do not have to worry about working with an inexperienced team of lawyers. At the Sweet Law Group, we have more than 44 years of experience.