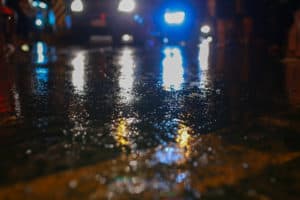 NEWHALL, CA (June 22, 2018) – A man was killed early Friday morning after his vehicle rear-ended a big rig on Highway 14. The county coroner identified 26-year-old Manuel Michael Luna of Palmdale, as the fatality in this incident.

According to the California Highway Patrol, the collision happened at about 12:17 AM near Golden Valley Road. A black BMW, driven by Luna, was heading southbound on the freeway in the No 4 lane where a white Freightliner truck was parked on the shoulder. The BMW was reportedly seen speeding when it rear-ended the big rig.

Luna sustained fatal injuries and was pronounced dead at the scene by first responders. The big rig driver was reportedly unharmed in the collision.

The CHP claimed that excessive speed, alcohol, and drugs were being considered as contributing factors in the deadly crash. An ongoing investigation, handled by the CHP’s Newhall Station, is expected to reveal what caused for the collision to happen. Affected southbound lanes, as well as the Golden Valley Road offramp, were temporarily shut down while officials investigated. They reopened approximately three hours later, shortly before 3:30 AM.

We extend our sincerest sympathies to the family and friends of Manuel Michael Luna. May he rest in peace.

When involved in a serious auto accident, it is important to have strong legal representation on your side. With over 40 years of experience in the field, Sweet Law Group has dealt with cases including wrongful death, car crashes, disability law, and personal injury. Call us at (800) 203-3061 for a free consultation at a location near you. For your convenience, we are availble to our clients 24 hours a day/ 7 days a week through email, text message, phone call, and online chat.