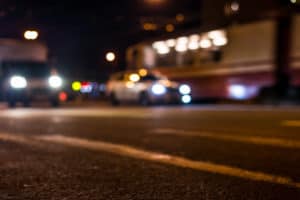 Although the pair was approximately more than midway across the street, the woman suffered an open fracture to her left leg and a fractured hip, while the man sustained several abrasions.

As far as the Mustang driver, he or she fled on foot and remains at large.

Authorities are asking the public for information regarding the driver’s whereabouts and details of the crash.

Accidents commonly happen, which demands safer roadways and drivers. Travel at a safe speed limit, ensure the roadways are clear before making your next move and be alert at all times. We can greatly decrease the risks of road collisions by exercising safe driving practices.

With the Sweet Lawyers, you will be in good hands. Our legal professionals have years of experience in handling personal injury and car accident cases. We’ve undertaken a myriad of lawsuits varying from disability law to wrongful death. Whether you’re suffering an injury or a devastating loss of a family member, contact us at (800) 674 7852 so we can hold the reckless driver accountable.