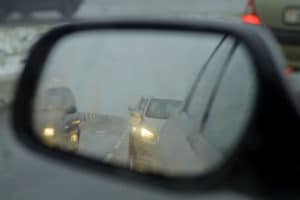 According to the Simi Valley Police Department, the collision took place shortly after 3:00 PM near the corner of Hartley Avenue and Hollister Street. A Toyota Camry, driven by 40-year-old Lawrence Huhne, was accused of intentionally hitting a man attempting to exit a parked vehicle before fleeing the scene.

The unidentified victim, reported to be known by the suspect, sustained major injuries after he was pinned by the door of his car. He was transported to a local hospital, where his current condition was not immediately known. The Camry was one of the multiple vehicles stolen by Huhne, determined to be a transient, in Ventura County. He was also involved in several stolen vehicle pursuit several months back, as per reports.

Anyone who has information about the whereabouts of Huhne is encouraged to call the Simi Valley police at (805) 583-6950. He was last seen driving the silver or grey 2009 Camry with California license plate No. 6FGA899. The vehicle is expected to have front-end damage. The public was also advised to avoid any interaction with the suspect.

No other information has been disclosed to the public at this time.

When driving, it is important to pay attention to your surroundings and keep an eye out for pedestrians, cyclists, and other vehicles on the road. Also, once involved in a car accident, stay at the scene and wait for officers to arrive. By following driving laws and being careful when behind the wheel, you can keep yourself and others around you safe.

If you or a loved one has been injured in a hit-and-run accident, contact the personal injury lawyers at Sweet Law Group. With over 40 years of experience in the field, Sweet Law Group has dealt with cases including wrongful death, car crashes, disability law, and personal injury. Call us at (800) 203-3061 for a free consultation at a location near you. For your convenience, we are availble to our clients 24 hours a day/ 7 days a week through email, text message, phone call, and online chat.