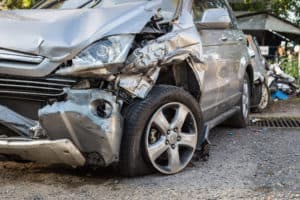 The police confirmed that the 28-year-old man was the victim in a collision that occurred on April 13 at around 4:52 a.m.

The victim was reportedly seen driving a 1999 Ford Taurus leaving a private driveway, heading into the westbound lanes of Pecos Road.

The collision happened when the Ford entered the path of the northbound Jeep.

The 34-year-old man from Las Vegas who drove the Jeep did not sustain any injuries.

Furthermore, the individual also cooperated with the investigation.

Meanwhile, due to the impact of the crash, the Ford driver was seriously injured.

Later, he was transported to the Sunrise Hospital and Medical Center in a critical condition, as of Monday afternoon.

Similarly, the passenger of the Ford sustained moderate injuries and was taken to the hospital for treatment.

Furthermore, the police are suspecting the Ford driver to having been impaired during the collision on Pecos Road.

Road accidents can lead to devastating results such as major injuries, damages, even deaths. Driving under the influence of alcohol or a controlled substance will only result in regretful misfortunes.

May this be a clear reminder to always drive in a safe and legal manner.

You can turn to Sweet Lawyers if you or a loved one have been in a similar situation. We will help you achieve justice and compensation you deserve from the accident. Our team has been in the legal service for over 40 years now, and we know what it takes to win your case. Call us at (800) 203-3061 for a free and confidential consultation. Moreover, our email, online chat, and text message services are available 24 hours a day and 7 days a week.