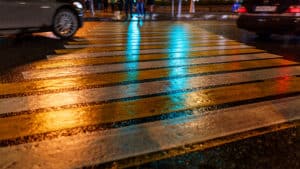 SAN BERNARDINO, CA (June 16, 2018) – A man was killed in a hit-and-run pedestrian accident on Sterling Avenue, on Saturday night. His identity was not immediately disclosed.

The accident occurred just before 10:00 PM, at the intersection of Sterling Avenue and East Baseline Road. An unidentified man was crossing eastbound, when a white Honda Civic struck him. The driver, later identified as 27-year-old Miguel Angel Cazares-Osorio of Highland, fled from the scene.

The victim sustained critical injuries and was pronounced dead by emergency personnel. Witnessed followed the hit-and-run driver, and reported the incident to authorities. Cazares-Osorio was arrested on suspicion of felony drunk driving, felony hit-and-run, and manslaughter, and booked into the Central Detention Center.

If you witnessed the collision, or have additional information to share with authorities, contact Deputy Daniel Smith or Deputy Alex Zapata at the Rango Cucamonga Sheriff’s Station – (909) 477-2800.

Heartfelt condolences to the family and friends of the deceased victim in this tragic accident. Wishing them strength and supports during this very difficult time. May he rest in peace.

If you have lost a loved one in a tragic hit-and-run collision caused by the irresponsible and reckless actions of a driver under the influence, contact the wrongful death lawyers at Sweet Law Group. We understand what you and your family are going through, and are here to help. We promise to fight for you, day and night, until we achieve the justice and compensation that is owed. Call (800) 203-3061 today to set up a free consultation with a legal professional in your area, or contact us through email, text message, and online chat.