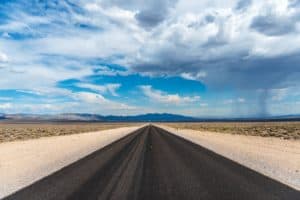 According to officials, the unidentified male died around 7:00 p.m., after his 2000 Mercury Mountaineer SUV overturned and later ejected him out of the cabin.

Reports say he was driving west when he allowed the car to drift to the north shoulder for unknown reasons. Subsequently, the Mercury traveled to the east and westbound lanes before colliding with a dirt berm. As a result, the Mercury then overturned and ejected the driver.

The 56-year-old man has yet to be identified by the coroner’s office. Reports also indicate that he was not wearing a seat belt at the time of the accident.

At this time, the California Highway Patrol office is investigating this case and urging witnesses to come forward.

We would like to take this moment to express our heartfelt sympathies to the friends and family of the victim during this difficult time.

The auto accident attorneys at the Sweet Lawyer are experienced in handling a variety of cases. Whether your situation has resulted in serious injuries, disability, or emotional or financial distress, we’ll provide you the legal representation you need to move forward. We specialize in wrongful death and personal injury lawsuits. We pledge to fight aggressively for you in order to win your case. Call (800) 674 7852 to hear from us.