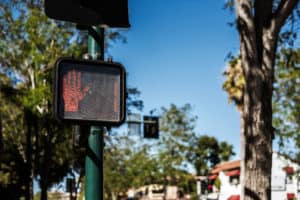 The incident happened around 1:00 a.m., just before investigators arrived and examined the scene.

According to reports, the male pedestrian might have been entering his vehicle on South Hill Street at the time. There, a southbound Toyota Prius struck him.

The Toyota struck the victim outside of a marked crosswalk, say reports.

Due to the brute impact, the 34-year-old man died at the scene. As for the Prius driver, he drove off and abandoned the vehicle near 30th Street before fleeing on foot.

The driver’s failure to render aid prompted police to take charge and use bloodhounds in their search for his whereabouts. Soon after, the bloodhounds led officers to the driver’s residence, where police arrested him without incident.

The surrounding area on South Hill Street was closed off while crews worked on scene. However, the roadway has since reopened.

In light of this heartbreaking news, our law firm would like to send its deepest sympathies to the family and friends of the victim.

Experiencing a death in the family due to a hit-and-run driver can devastate those involved. You can depend on the Sweet Lawyers to drive your case. We lead a positive, successful reputation in the legal realm. Our 40 years of practice has allowed us to demonstrate our expertise and our passion for helping people. It’s no affectation when we say we’re a first-rate option worth considering, given our compelling track record of lawsuits. Call (800) 674 7852 to speak to our wrongful death lawyers today.