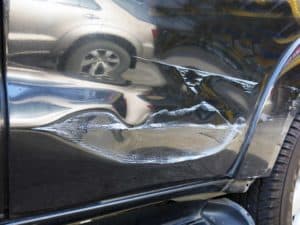 LYNNWOOD, WA (January 13, 2019) – On Sunday afternoon, one man was killed in a three-vehicle collision on 76th Avenue West.

According to the Lynnwood Police Department, the incident occurred around 3:45 PM, just west of the Lynnwood Municipal Golf Course.

As per reports, a speeding white sedan struck an unoccupied parked car and then crashed into a third vehicle.

South Snohomish County Fire and Rescue firefighters extricated the driver of the third vehicle involved and rushed him to Harborview Medical Center. The victim later succumbed to his injuries. The identity of the victim has not yet been released to the public.

Authorities stated the suspect believed to be in his 20s, fled the scene on foot, and was later captured and taken into custody by the Edmonds Police Department. He is now facing a vehicular manslaughter charges.

The road was closed down for a few hours, while clearing operations and preliminary investigation took place in the area. No further details have been disclosed to the public, as the investigation continues.

We express our deepest condolences to the bereaved loved ones of the victim.

If you have lost a loved one, or have suffered injuries, in an auto accident, contact the lawyers at Sweet Law Group. With over 40 years of experience in the legal field, we know what it takes to win your wrongful death and personal injury case. Let us fight for you and achieve the justice and compensation that you and your family deserve. Contact us today by calling (800) 203-3061 for a free, no-obligation consultation at a location near you.