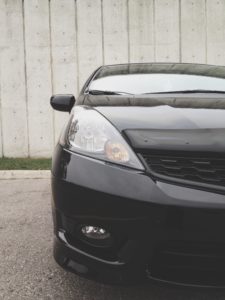 WINCHESTER, NV (May 3, 2019) – A driver fatally struck a Las Vegas man in a pedestrian accident on Paradise Road, Tuesday morning.

According to police, the deadly collision happened around 9:30 a.m. Dispatchers arrived to the area near Elvis Presley Boulevard soon after.

Police identified the pedestrian as a 75-year-old man. Reports indicate that he was later pronounced dead at Sunrise Hospital.

Authorities also say the man was outside of the marked crosswalk at the time. The 26-year-old Las Vegas man driving the car avoided injury and demonstrated no signs of impairment.

Details surrounding how the incident happened were unavailable. However, police plan to investigate this further.

To the family and friends facing this awful news, we’d like to send our sympathies to you. May he rest in peace.

The Sweet Law Group works fiercely when guiding their clients in their legal fight. If you’re searching for a tried-and-true lawyer, call (800) 674 7852 to hear your options. We’ve helped individuals like you with their wrongful death case. It’s not easy, but we assure you that while you rest and recover, we’ll tackle everything else. Feel free to schedule a consultation with our case evaluators.