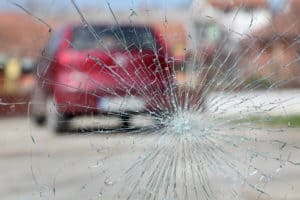 According to the police, the man crashed his truck through the Westfield Plaza Bonita mall. Thus, he received citations for felony vandalism and a hit-and-run charge.

The National City Police Department officers revealed that they initially believed that the incident was an attempted burglary. However, they couldn’t find evidence of any stolen property.

After putting out a surveillance video of the incident to neighboring agencies, the San Diego Police Department officers discovered an empty vehicle. The said vehicle suffered heavy damage that matched the description.

Meanwhile, the suspected driver told the police that he didn’t know how the car had occurred there.

Furthermore, responders cleaned up the damage of the mall entrance following the crash.

If you find yourself unable to safely operate a vehicle, you always have other options. For example, you can call a taxi service, Lyft, or Uber. Doing so helps to ensure your safety and the safety of others.

“The most valuable step you can take in response to a vehicle crash is hiring a personal injury attorney,” says Steve Baric of Sweet Lawyers, an attorney practicing for over 40 years.

No one wants to be involved in a auto accident. However, if you or a loved one has sustained injuries due to a reckless driver, reach out to us. With over 40 years of experience in the legal field, we know what it takes to win your case. We promise to fight, day and night, to achieve the justice and compensation that you and your family deserve. Call our offices at (800) 674 7852 for a free consultation with a professional in your area. Additionally, we are available to you 24/7.