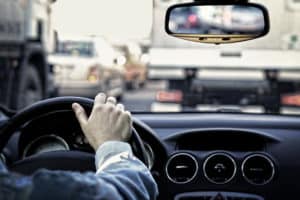 San Marcos, CA (October 4, 2020) – Sunday morning, police arrested a 26-year-old man suspected of DUI, hitting a concrete wall, a wall of a residence, and a hit-and-run crash at the intersection of Knob Hill Road.

The incident began at 10:30 a.m. on October 4. San Marcos Station responded to a report of a beige Mercedes-Benz E230 speeding northbound on Bennett Avenue when it ran off the road, hit a concrete wall, and hit the wall of a residence in the 600 blocks of Bennett.

Witnesses say a man was wearing camouflage clothing that used a hatchet to smash a vehicle’s window in a nearby Stater Bros. grocery store’s parking lot. He then fled the scene.

Moreover, he was spotted northbound on Bennett and ran a stop sign at Knob Hill Road’s intersection. The Mercedes crashed into an Audi A3 driven by a 61-year-old woman. Nobody sustained an injury, but the suspect continued to flee.

After the preliminary investigation and witness statements, deputies determined that the suspect was driving under the influence of prescription drugs and alcohol during his alleged crime spree, and he was arrested.

According to the United States Department of Transportation, there are approximately 300,000 merging accidents every year. In 2017, 485,866 accidents were reported solely in the state of California. It is therefore important to follow all the traffic laws to avoid these types of accidents.

If you find yourself unable to safely operate a vehicle, you can always use an Uber or a Lyft instead. Failure to follow all the traffic laws could lead to serious consequences for yourself and for others.