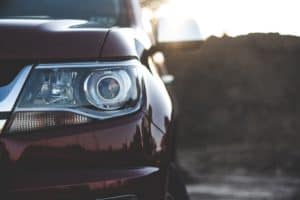 The accident happened around 8:00 a.m., near the intersection of Black Mountain Road and Rockfield Way. First responders arrived to the area shortly after.

According to police, a Nissan Armada, driven by an 18-year-old man veered off the roadway before overturning and crashing into a light pole.

San Diego Fire-Rescue crews immediately worked to cut open the vehicle and pull the driver out. The patient was then taken to a nearby hospital and was listed in critical condition.

It is currently unclear what caused the driver to lose control of the car at this time. There were no obvious skid marks and a witness told police it did not appear the driver was speeding.

A portion of Black Mountain Road was closed for a brief time during the investigation. However, the roadway has since reopened.

Furthermore, no additional information was provided at this time. We will continue to update this post as new details are released.

Rollovers can happen to anyone. Thus, using common sense, driving safely, and following routine maintenance procedures is important in preventing this type of road mishap. Avoid distractions and always abide by the speed limit.

Getting involved in a traffic accident leading to injuries is a challenging process to go through. If you are seeking excellent legal representation, we urge you to contact the Sweet Lawyers today. Our team is dedicated to helping accident victims like you. We will fight hard to make sure you obtain both justice and maximum compensation you deserve. Call us for a free consultation at (800) 674 7852.