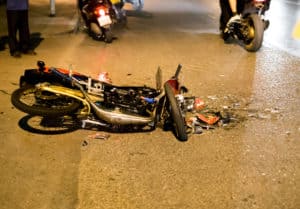 BALDWIN PARK, CA (December 19, 2018) – A 57-year-old woman was killed on Dec. 16 in a DUI motorcycle crash on Dalewood Street near Francisquito Street.

Luz Maria Urias was ejected off a motorcycle that was operated by 56-year-old Sergio Cardenas, Los Angeles. That Sunday around 5 p.m., Cardenas clipped a curb for unknown reasons and crashed the motorcycle, ejecting Urias.

Cardenas suffered minor injuries and Urias was pronounced dead at the scene. Cardenas was arrested shortly after on suspicion of DUI and remains in custody at Pomona Superior Court with a bail set at $2 million.

Losing a loved one is never easy, and knowing this, our law firm would like to send our deepest condolences to those affected by the loss of Luz Maria Urias.

Contact the wrongful death lawyers at the Sweet Law Group if you are seeking to prosecute the reckless motorist. At our law firm, we take satisfaction in knowing that our team has been fully trained in undertaking a gamut of cases. Any surviving spouse, domestic partners or children of the deceased has the right to file a wrongful death claim within two years of the incident. When seeking prosecution with our legal team, you will most likely acquire the help needed to cover the loss of benefits, memorial services and emotional stress. Call (800) 203-3061 for additional information.