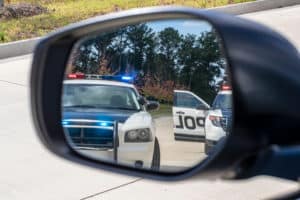 BOULEVARD, CA (January 14, 2019) – Three people were killed and several others were injured Thursday after a truck overturned and crashed on the 8 Freeway near Crestwood Road.

The incident first started when U.S. Border Patrol agents were patrolling a stretch of the U.S.-Mexico border and noticed tire tracks heading north from the division, as well as a piece of a vehicle. Agents soon determined that the missing part may have belonged to a vehicle that they spotted not long after.

The 4:30 p.m. crash involved a Chevy Silverado truck with 11 people inside. The crash injured eight of the truck’s occupants including the driver – 21-year-old Luis Alberto Virgen, a U.S. citizen who has been living in Mexico.

News reports noted that the agents were attempting to pull over the Chevy, but its driver refused to stop and continued heading eastbound on the 8 Freeway before heading in the opposite direction, leading border patrol agents on a chase that reached the speed of about 100 mph.

Agents then released a spike strip that caused the driver to lose control of the pickup. The Chevrolet drove up an embankment, became airborne and overturned, ejecting several of its occupants.

Three people suffered major injuries and five others suffered minor injuries. California Highway Patrol officials confirmed that only two people were inside the cabin of the pickup while the rest were lying down in the uncovered bed of the truck.

The deceased victims were described as one woman and two men, whose identities were not released.

The agency believes it was a human smuggling attempt.

Virgen was hospitalized before being arrested on at least three counts of gross vehicular manslaughter. He’s being held in the San Diego County Jail on $50,000 bill.

Our hearts go out to the bereaved family and friends of the victims. We hope you find peace and comfort around you.

Turn to the Sweet Law Group for incredible legal support. Our law group takes pride in its passion for helping their clients. We are focused on providing families personal attention and aggressive representation so they can acquire the highest compensation. For more than 44 years, our firm has been guiding individuals through their legal battle. Do not give up and do not settle. Instead, hire our lawyers for representation. Call (800) 203-3061 for additional details.