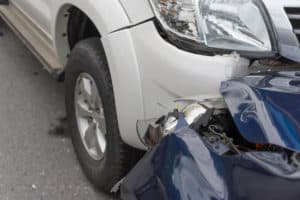 The crash happened around 12:24 a.m. on westbound 90 Freeway at Culver Boulevard.

According to the California Highway Patrol, one vehicle was traveling in the wrong direction of the freeway when it collided head-on with another vehicle.

Los Angeles Fire Department officials responded to the scene and located both vehicles blocking the third lane. Injuries were sustained in the crash but the severity and exact number of patients were not immediately known.

Paramedics were called to transport the patients to a hospital for proper treatment.

There were no descriptions of any vehicular damages but both vehicles were towed away from the wreckage.

An ongoing investigation continues to determine the factors involved and liability.

Drivers driving on the wrong side of the road or against traffic is a common cause of head-on collisions. Always pay close attention to pavement markings for you to know if you are driving in the right direction or not. Maintain a safe speed and only drive when you are alert and sober.

If your life has been put in danger due to negligence of another party, we urge you to take legal action to protect your rights and financial stability. Our seasoned personal injury lawyers at The Sweet Law Group can help you receive maximum compensation to help you in your physical recovery or property damage repair. For more details, please call our hotline at (800) 203-3061 to speak with a representative free of charge.