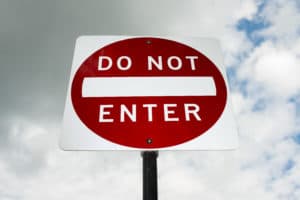 The authorities responded to the crash scene near the off-ramp to State Route 56.

Apparently, a 43-year-old man driving a Dodge Magnum was driving the wrong way on the southbound lanes of Interstate 5. The vehicle crashed with a southbound white Honda Civic. The driver was later identified as Gregory Wayne Byrd, of Mobile, Alabama.

Afterwards, a 32-year-old man driving a Ford pickup truck southbound on the freeway crashed into the Dodge.

Moreover, the officers said a female passenger, Ms. Higuera, died of her injuries, while the vehicle’s driver and another passenger incurred major injuries.

Meanwhile, the officers said it is unclear if drugs or alcohol played a factor in the 5 Freeway accident.

Later reports revealed Mr. Byrd’s condition declined at the hospital, making him the second fatality in this 5 Freeway crash.

Please contact CHP’s San Diego Area Special Investigations Unit at (858) 293-6000 if you have further details about the fatal crash.

We at Sweet Lawyers know how difficult it is to lose a loved one in a fatal accident. Our hearts are with the family of the deceased in this time of sorrow.

What Can the Loved Ones of The Deceased Do Now?

Indeed, a person’s negligence can lead to devastating results. This is quite common in accidents that lead to death.

It is likely that the bereaved are entitled to significant compensation via a wrongful death claim.

A wrongful death claim is brought against a defendant who has caused someone’s death, either through negligence or as a result of some intentional action.

Depending on the type of situation, settlements can be anywhere from several hundred thousand dollars to tens of millions of dollars. Indeed, it significantly lifts the financial burden the death of a relative has generated.

That is why we strongly recommend you speak to our wrongful death lawyers. They would serve as your legal representation, working to prove what you are owed in the wake of a family member’s death.