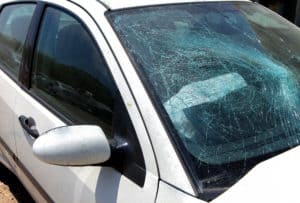 LONG BEACH, CA (November 29, 2018) – A skateboarder was critically injured after being struck by a hit-and-run motorist on North Bellflower Boulevard at East 27th Street Tuesday afternoon.

According to police, an 86-year-old woman from Lakewood was determined to be the suspect of a hit-and-run crash that happened around 1:45 p.m. The woman reportedly took off, leaving the seriously injured skateboarder lying in the roadway.

No arrests have been made but police have impounded the car involved in the crash.

Paramedics arrived following the collision and transported the man to a nearby hospital for treatment. According to a witness, the skateboarder was struck by the vehicle and landed on the vehicle’s windshield, cracking it. As the driver fled, witnesses nearby began honking their horn urging her to stop.

Police are still investigating this case and are asking the public with insight to contact Det. Steve Fox at 562-570-7110.

The law requires you to stop if you are ever involved in a crash. Although a road accident can spur anyone into a panic, it is always best to remain calm and to stay at the scene. Contact officers if needed and check on others involved if possible. You can avoid more devastating consequences when you remember to stop at the scene of a crash.

Have you been injured in a serious car accident? The attorneys at the Sweet Law Group handle cases involving pedestrian and motorcycle crashes. A serious car accident can leave victims and families with expensive medical costs, trauma and stress. Choose the Sweet Law Group if you are inclined to take legal action. While you tend to your recovery, we will be handling the legalities of your case. Our lawyers are qualified in handling wrongful death and personal injury matters. It’s not too late to explore your case further and to secure your future. To hear from us, please call (800) 203-3061.