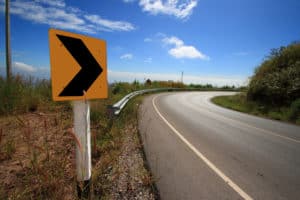 Liliana Valencia Killed in DUI Accident on Highway 41 in Lemoore

LEMOORE, CA (January 21, 2018) – A fatal car crash was reported by the CHP early Sunday morning on Highway 41 near Hanford-Armona Road.

A 2013 Nissan had just turned northbound onto the Highway 41 from Hanford-Armona Rd, when a 2012 Hyundai failed to slow down and rear-ended the vehicle.

Occupants of the Nissan were three adults and one baby: 37-year-old Eduardo Arteaga, 39-year-old Saul Arteaga, 33-year old Deborah Duran, and 1-year-old Liliana Valencia of Fresno. All occupants were injured in the collision. Both Arteagas and the toddler were taken to the Adventist Medical Center in Hanford, where the baby girl later succumbed to her injuries and was pronounced dead.

Driver of the Hyundai was 50-year-old Rodney Klamerus. He sustained critical injuries in the collision, and was airlifted to the Fresno Community Regional Medical Center (CRMC). He faces several DUI charges should he survive, according to John Tyler of the California Highway Patrol.

The roads were shut down for several hours while officials investigated, victims were rescued and transported, and the accident was cleared from the road.

Sending thoughts to the family and friends of the baby girl, Liliana Valencia. Wishing strength and courage in this difficult time.

When losing a loved one to the irresponsible and reckless actions of a driver under the influence, it is important to have experienced and strong attorneys by your side. The wrongful death lawyers at Sweet Law Group have over 44 years of experience, and know what it takes to get you and your family the justice and compensation that you deserve. Contact our offices by calling (800) 203-3061 for a free case evaluation.