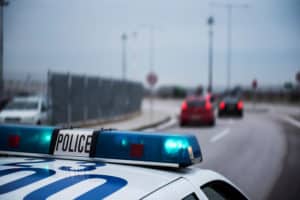 Long Beach, CA(November 5, 2020) – A man who was struck in a hit-and-run crash in August, identified as Leonard Smith, a 74-year old from Long Beach, died from his injuries weeks later.

The crash happened at about 3:10 p.m. on August 23 in the parking lot along the 1990 block of Martin Luther King Jr. Avenue.

Long Beach Police reports say Smith had been struck by a vehicle that left the scene but the driver returned shortly after the police arrived.

Smith then transported to a hospital with injuries to his lower torso that did not appear to be life-threatening at the time.

He remained hospitalized, but on September 6, police were notified that Smith had died. A month later, coroner’s officials released a statement that he died of blunt force trauma related to the injuries he suffered from the incident.

Police described the driver as a 30-year-old man from Lancaster driving a 2000 Cadillac SUV. Moreover, authorities made no arrest after the crash.

Police do not believe drugs, alcohol, nor distracted driving considered as factors in the crash.

Further investigation to determine if a crime occurred is still underway.

We at Sweet Lawyers extend our heartfelt condolences to the family and loved ones of Leonard Smith. May the bereaved find comfort and strength in this trying time.

“Insurance companies will try to save money, even if it means not fully compensating a family for the wrongful death of a loved one. When a family retains an attorney immediately, it gives the family time to grieve their loss, and their attorney can start focusing on holding the negligent party accountable,” says Tyler Toomey, a practicing attorney at Sweet Lawyers.

Why Should You File a Wrongful Death Claim

If you are or a family member is involved in a similar Long Beach Fatal Accident or has suffered injuries, turn to us. More so if it is to seek justice over a wrongful death in your family. Sweet Lawyers have been pursuing justice for over 40 years. Our mission is more than being legal representation, but an assurance that your trust is never a waste when you choose our firm. We offer personalized assistance and will cover the nitty-gritty of your claim while you focus on healing. Let our seasoned attorneys and a team of experts lessen your burden. Above all, you won’t pay a dime until we settle your case. Call our offices now at (800) 674-7852 to discuss our plans. You can also reach us by email, talk on our live online chat, and text message us 24 hours a day and 7 days a week.