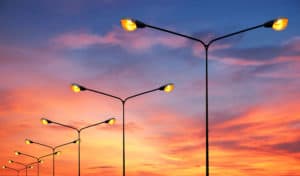 TAFT, CA (April 10, 2018) – A man and woman were injured in a single-vehicle collision on the eastbound Highway 119, late Tuesday afternoon.

Around 4:30 PM, 54-Year-old Norman Byrd was traveling eastbound in a 2007 Nissan Altima when he hit a bump, just west of Tupman Road. He lost control of the car and drove off the road, where he struck an embankment.

Byrd complained of back pain and was transported to the Kern Medical Center. His passenger, 77-year-old Leona Pennock, was not wearing a seatbelt at the time of the crash, and sustained major injuries. She was flown to Kern with multiple lacerations and possible broken bones, according to CHP Officer Adam Tyler. There is no update on her current condition.

Police officials continue to investigate the accident. It is believed that mechanical issues may have played a part in the collision.

No other information has been released at this time.

If you have been involved in a serious car accident, contact the auto accident attorneys at Sweet Law Group. With over 40 years of experience, we know how to win your personal injury, auto accident, or wrongful death case. We promise to fight for you and achieve the justice and compensation that you deserve. Call now at (800) 203-3061 for a free, no-obligation consultation with a legal professional in our city.