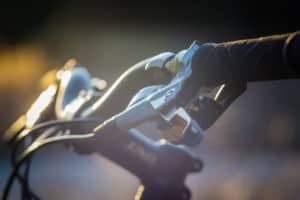 BURBANK, CA (April 16, 2018) – Early Monday evening around 5:15 PM, a man was fatally injured in a bicycle collision on Alameda Avenue.

The victim was identified as 52-year-old Lenny Trinh of Burbank. The accident took place on Alameda between Mariposa Street and Griffith Park Drive, when Trinh was biking east on Alameda in a designated bike lane.

A silver Toyota Prius C that had just parked, opened its door right before the bicyclist passed. Trinh hit the front door and was thrown from his bike onto the road, where he was hit by a red Toyota Tacoma pickup truck, that was headed eastbound.

He suffered serious injuries and was taken to a local hospital where he was later pronounced dead, according to Sgt Derek Green, spokesman for the Burbank Police Department.

Both drivers stayed on the scene and cooperate with officials. The fatal collision is currently under investigation. Authorities do not believe that drugs or alcohol were contributing factors in the accident. If you witnessed the incident and have additional information, contact the Burbank PD at (818) 238-3100.

No other information has been provided at this time.

Wishing the family and friends of Lenny Trinh strength and comfort in this difficult time. May he rest in peace.

If you have lost a loved one in a bicycle accident caused by the inattentive behavior of another driver on the road, contact the experienced wrongful death lawyers at Sweet Law Group. We understand what you and your family are going through, and are here to help. Call us now at (800) 203-3061 for a free consultation with a legal professional in your area. We will fight for you until we achieve the compensation and justice that is owed for the death of your loved one.