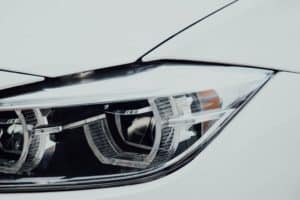 The woman has been identified by the coroner’s office Wednesday as 19-year-old Lakaylyn Thomas of Oakland.

The collision happened just before 2:30 p.m. in the eastbound lanes of 580 Freeway near the Dutton Avenue exit.

Preliminary investigation reveals that a white Ford Fusion and a tan Buick may have been traveling at high speed before they sideswiped each other, causing both to leave the roadway in the off-ramp area.

Thomas who was driving the Ford sedan was pronounced dead at the scene. Her car crashed into a tree.

The Buick ended up down an embankment. The unidentified driver remained hospitalized with major head injuries, the California Highway Patrol said.

With deepest sympathies, we would like to send our thoughts of courage, strength, and support to the bereaved family and friends of Lakaylyn Thomas.

If you have lost a loved one in a car accident, do not hesitate to contact the Sweet Lawyers today. We house experienced wrongful death attorneys who have been recovering full and fair compensation for accident victims and bereaved families for over 44 years. We will provide you with the support and top notch service needed to help you recover both financially and emotionally. Call us today at (800) 674 7852 for a free evaluation of your case details.