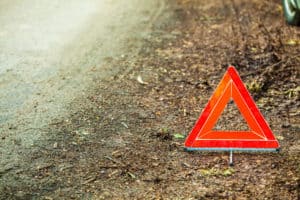 The crash happened around 4:00 p.m. Park Rangers responded to the site known as Post 5 ½ Primaries, which is described as a relatively flat area of the park.

The driver, identified by park officials as Kristopher Mancebo of Tulare, suffered a head trauma and was pronounced dead at the scene.

His passenger was treated for complaints of pain to his arm and shoulder, park officials said.

Witnesses told authorities a sand car was traveling southbound in the area at about 40 to 50 mph. The front end of the vehicle dropped, causing it to flip over several times.

Mancebo was ejected from the vehicle. Neither of the occupants were wearing helmets.

The San Luis Obispo Sheriff’s Office is working on the investigation.

We express our deepest condolences to the family and friends of Kristopher Mancebo during this time of grief.

If you have lost a loved one in an accident, do not hesitate to contact The Sweet Lawyers today. We house experienced wrongful death attorneys who have been recovering full and fair compensation for accident victims and bereaved families for over 44 years. We will provide you with the support and top notch service needed to help you recover both financially and emotionally. Call us today at (800) 674 7852 for a free evaluation of your case details.