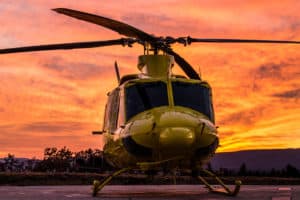 CASHMERE, WA (May 19, 2020) – Thursday afternoon, Kim Douglas was airlifted after a three-car crash on Highway 2 in Cashmere.

The Washington State Patrol revealed that 60-year-old Kim Douglas of Leavenworth was driving west in a blue Dodge Dakota on Highway 2 at 4:18 p.m. However, she drove across the centerline at milepost 113 and crashed with a Ford Edge and a Chevrolet Tahoe.

Due to the collision, the authorities partially closed the highway for three hours.

Meanwhile, Kim Douglas was flown to Harborview Medical Center in Seattle. At this time, the authorities haven’t disclosed her current condition.

The two victims from Bellevue were both released after being treated.

The police also confirmed that Kim Douglas, Robert Edgerton, and Germain Edgerton wore their seatbelts during the collision.

The authorities are still investigating the injury crash on Highway 2.

Driving a car may seem like a commonplace event, but it is one of the most dangerous things you will ever do. It’s always best to focus on the task at hand.

Put all distractions away, be careful around other travelers, and keep a safe distance from other vehicles around you. By being a defensive driver, you can minimize the risks of being involved in a similar multi-vehicle accident.