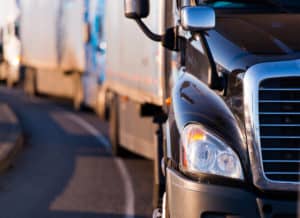 According to reports, the crash happened around 2:30 p.m. Washington State Patrol confirmed that 48-year-old Kevin S. Acree plowed into the rear of a semi-truck traveling in front of him.

The WSP stated that the 63-year-old semi-truck driverDonald S. Huffman, of Palouse, Wash., tried making a left-hand turn on the highway before the crash.

It’s not clear why Acree failed to stop his northbound traveling 2000 Dodge pickup in time.

Following the collision, paramedics transported Acree to Providence Sacred Heart Medical Center while Huffman stayed at the scene, uninjured, and cooperated with authorities.

Neither alcohol nor drugs played a role in the accident and police confirmed that both drivers had their seatbelts on.

Anything can happen in the next few seconds of driving, which explains why paying attention to the road is crucial to your safety. Drive with care and watch out for trouble when behind the wheel. Putting distractions away can increase your chances of safety and at avoiding a car collision.

Have you been injured in a serious and reckless car accident? Have you lost a loved one and would like to file a claim? The Sweet Lawyers settle cases involving wrongful death and personal injury. We hold a wealth of wisdom of the legal justice system and how to navigate it. Hire us to guide you in your legal fight and to grant you full compensation. Call (800) 674 7852 to hear from us.