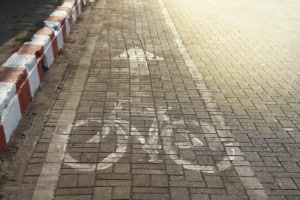 Around 6 a.m., officers responded to reports of a crash. California Highway Patrol said the man riding the bike was struck and ejected from his bicycle into the bushes, on the side of the road, where he was found. He was pronounced dead at the scene.

There are few details regarding the hit-and-run vehicle. Thus far, officers believe they are looking for a maroon-colored car. Anyone with information is urged to call the authorities.

Our hearts break for the family and friends of the victim. Our law firm would like to take this time to express our condolences to all mourning this devastating loss.

Experience the Sweet Law Group difference. Our personal injury law firm is run by a trained and loyal team of lawyers who’ll work aggressively to win your case. In the wake of a death in the family, many people tend to settle for the circumstances. If you would like you to acquire the best legal support from a tried-and-trusted wrongful death lawyer, call (800) 203-3061. We hold a wealth of knowledge in guiding families and individuals through their legal battle. To discuss your case further, call us today.