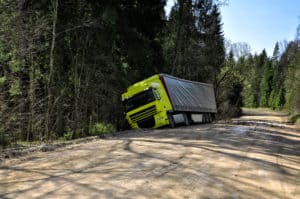 Selma, CA (May 11, 2020) – A fiery multi-vehicle collision resulting in one death happened on Sunday at around 1:20 in the afternoon.

Emergency crews responding to the scene say the accident involved a semi-truck and five other vehicles.

CHP spokesperson Mike Salas reported traffic north bound slowing down due to construction, but a Big Rig driver carrying fruit, now identified as Deudiel Ramirez, 60, did not stop in time as it approached the traffic jam, hence a chain reaction crash.

The big rig collided into other five vehicles, resulting in a fire.

An 11-year-old girl died trapped inside one of the vehicles.

In total, the traffic jam-turned accident injured 15 people, 10 of them so seriously hurt that responders transported them to the Community Regional Medical Center.

Neither alcohol nor drugs appear to be a reason of the crash.

Aftermath of Crash on Highway 99

The big rig driver remained at the scene and is cooperated in the investigation, Salas also said.

Both lanes at Highway 99 closed, and traffic is rerouted to Floral Avenue, and later to Mountain View, says CHP.

Subsequently, those lanes were reopened after the investigation and cleanup ceased.

We at Sweet Lawyers offer our most sincere condolences to the family and relatives of the 11-year-old that died in this accident. Our thoughts are with you during this painful time.

If a family member died due to similar accident or you have suffered severe injuries, call us. We at Sweet Lawyers are here for you to make sure that you acquire the highest settlement that is needed to cover the expenses an accident has caused you. You may always reach us, 24/7, either through e-mail, call, or even text messages. Our attorneys will win your case without charging ridiculous “retainer” fees, unlike most personal injury firms.