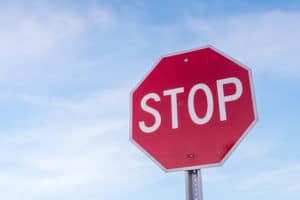 According to Washington State Patrol, a red 1997 Toyota 4Runner, driven by 60-year old Karen Wolf, was stopped at a stop sign westbound on Josh Wilson Road. Other vehicles were in the right hand turn lane from the Farm to Market Road, obstructing her view of the road.

When she thought it was safe, the Mount Vernon woman accelerated into the intersection, where she was hit by a 2001 Maroon Dodge Ram pickup truck that was traveling northbound on Farm to Market Rd. The driver was 28-year old Sedro Woolley man, Levi Nicholl.

Both cars had major damage, and came to a rest in a ditch at the northwest corner of the intersection. Wolf died from injuries sustained in the crash. Nicholl was reported to be injured, but there are no updates on his condition.

No other details have been released on the fatal crash, as it is still under investigation. It has not yet been determined if any charges will be filed against Nicholl.

Sincere sympathies to the family and loved ones of Karen Wolf.

Car accidents are dangerous and sometimes fatal, depending on the size and speed of the vehicles involved. If you or someone you know has been critically injured in a car crash, contact the experienced auto accident attorneys at Sweet Law Group. We have over 44 years of experiences, and locations all over California and Washington. Call (800) 203-3061 now for a free initial visit.