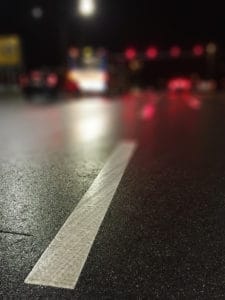 The incident involved two vehicles and not only left a person dead, but four others hospitalized.

According to the California Highway Patrol release,19-year-old Sandra Macedo was driving a 2005 Mazda 3 southbound on State Highway 99 West around 9 p.m. Also, in the Mazda were 24-year-old Julio Amador and a 1-year-old and 2-year-old child.

Meanwhile, 21-year-old Luis Garcia was traveling northbound on the highway in a 2017 Honda Accord.

Authorities are trying to determine why Macedo, of Corning, allowed the Mazda to veer into the northbound lane and into the path of Garcia’s Honda. Both vehicles collided and sustained severe damage. All occupants were reportedly trapped inside their respective vehicles.

When paramedics arrived, they transported the children to St. Elizabeth with major injuries before airlifting them to UC Davis Medical Center in Sacramento.

Macedo and Garcia were taken to Mercy Medical Center with moderate injuries to their legs. Amador was also shuttled to St. Elizabeth Community Hospital but died shortly after in the emergency room.

The crash shut down the highway for multiple hours as investigators canvassed the scene for evidence and clues determining what led to this collision. Those who might hold information into this incident is urged to call the Red Bluff CHP office at 530 527-2034.

With deepest sympathies, our law firm would like to express our thoughts of courage and strength to those who knew Julio Amado. This is no easy time and we hope you find the best support around you.

If you’re unable to tackle expensive medical bills, emotional distress and funeral service costs on your own, partner with an experienced wrongful death attorney. At the Sweet Law Group, we invite all surviving spouses, domestic partners and children of the deceased to file a wrongful death claim. When a person dies due to the negligent actions of another, the surviving family members of the deceased have the right to sue the negligent party. If you would like to know more, call (800) 203-3061.