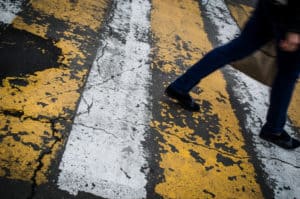 OCEANSIDE, CA (January 26, 2020) – A pedestrian was hit and killed by a DUI driver early Sunday morning in Oceanside.

The crash happened around 1:00 a.m., on North Coast Highway near Sportfisher Drive.

According to police, a male pedestrian was walking along the North Coast Highway and tried to cross the intersection on Sportfisher Drive. There, a vehicle struck him.

Paramedics transported the victim to a hospital, where he succumbed to his injuries. The coroner’s office later identified him as Juan Muniz III, 22 of Kingsville, Texas. He was also an active-duty Marine stationed at Camp Pendleton.

The driver, identified as 31-year-old William Vaden, stopped and cooperated with police. He was eventually arrested on suspicion of driving under the influence of alcohol. Vaden was later booked into jail in Vista.

Further investigation into the incident is currently underway.

We would like to share our comfort and well-wishes to the family and friends of Juan Muniz III. At times like this, we hope they find peace and strength.

The sudden loss of a loved one as a result of a tragic accident is a traumatizing experience. The suffering is worse when the negligence of a third party caused the death. If you have lost a loved one in an accident and you need the help of a wrongful death attorney, contact us at the Sweet Lawyers. We have a team of experienced and dedicated lawyers who will help you through the overwhelming process of law. For a free evaluation of your case details, call our hotline at(800) 674 7852.