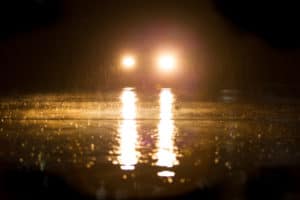 The fatal collision occurred at around 11:30 PM between two cars at the intersection of Victoria Avenue and Wooley Road. Oxnard Police found a 1991 Pontiac Firebird and a 2006 Lexus GS 430 that had crashed.

Officials stated that the Firebird was speeding and crashed into the Lexus that was headed the same direction. The 34-year-old driver of the Lexus was not injured and stayed at the scene. The area was closed for several hours after the accident.

Authorities did not immediately announce if alcohol or drugs were involved in the incident. Oxnard police are still investigating the incident. Anyone with more information regarding the crash is urged to contact Oxnard Police Officer Jose Diaz by calling (805) 385-7600 or emailing Jose.diaz@oxnardpd.org.

We at Sweet Law Group extend our sincere condolences to the families and friends of Juan Cruz and Karisa Serrato. May they rest in peace.

If a loved one was wrongfully killed by in a car crash, or if you or someone you know had property damaged by a car crash, contact the experienced attorneys at Sweet Law Group. Our firm has over 40 years of experience in the field, and we do all it takes to win your case and achieve the justice and compensation that you deserve. Call (800) 203-3061 to arrange a free initial meeting with one of our experienced legal professionals in your area. We are available to clients 24 hours a day/ 7 days a week by email, text message, phone, and online chat for your convenience.