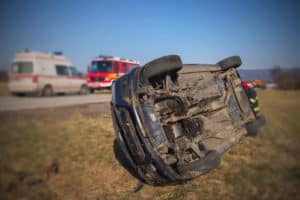 The single-vehicle accident took place around 2 a.m. just outside of Folsom Lake College.

According to investigators, 21-year-old Alexis Little displayed signs of intoxication following the deadly accident. Four passengers were inside the Subaru Forester that Little was operating when it plowed into a pole and overturned onto its roof.

Per reports, witnesses, as well as a passenger in the SUV, stated that the SUV had been traveling at a high speed prior to the impact.

As a result of the crash, four people required hospitalization for their moderate injuries. However, 28-year-old Joshua Lowery, of Cameron Park, died as a result of his.

In their investigation, authorities determined all five were together in the evening and early morning preceding the accident. Their ages range from the early 20s to late 20s.

As far as consequences go, police arrested Little, of Citrus Heights, on suspicion of vehicular manslaughter and driving under the influence. Commuters faced closure on East Bidwell Street due to investigations and cleanup.

To family and friends learning about this heartbreaking news of Joshua Lowery, we wish you our sympathies.

Choose an attorney who has worked with thousands of cases involving wrongful death. At the Sweet Law Group, we staff diligent, fierce and knowledgeable lawyers committed to helping you recover. We have more than 44 years of experience in the legal field and assure you of our unmatched expertise. Each attorney knows how to navigate the legal justice system given their experience and knowledge. Call (800) 674 7852 to hear from us.