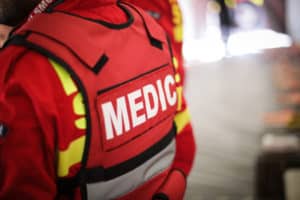 Cal Fire Crews were dispatched to the intersection around 10:30 p.m. after hearing about a major injury crash. Firefighters had to extricate one person from the wreckage, yet it was unclear if it was Joseph Peters IV who was pulled from the rubble.

Peters, who was said to be one of the drivers, was among the four people who suffered serious injuries. The 27-year-old Moreno Valley resident was brought to a nearby hospital where he died.

The three others remained hospitalized in an unknown condition.

The details concerning the crash remain scant as of right now, but authorities are investigating this case in detail.

To the bereaved family and friends mourning the unsuspecting loss of Joseph Peters IV, our law group would like to express our sincere sympathies to you all.

If you have a wrongful death case you are eager to file, bring your case over to the Sweet Law Group. For more than four decades, we have handled and settled cases like yours. Our clients have recovered hundreds of millions of dollars in settlements and have reshaped the future of many families. We handle cases involving personal injury, car accidents, disability law and wrongful death. If you believe you may have a case and would like to bring it to our attention, call (800) 203-3061 to know your legal options.