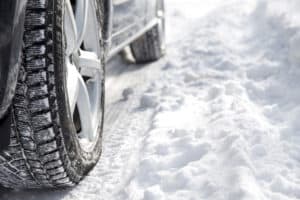 The Orondo accident took place at about 7:30 a.m. south of the Beebe Bridge.

Apparently, Cruz-Costa was driving northbound in a Chevy S10 pickup when he lost control of his vehicle on the icy road.

His vehicle went into the oncoming lane and struck a GMC Sierra head-on driven by 50-year-old Ramon Gonzalez Vasquez of Chelan.

“Basically the roads were slick this morning. What I see a lot of, especially with these smaller, older pickups like the S10, if you don’t have any weight in the back and don’t have snow tires, you’re a spinning top.” explained WSP Trooper John Bryant, “There’s nothing in those pickups and they will spin around like a top if you don’t drive a lot slower or not at all.”

Immediately, responders treated both drivers at the scene.

Meanwhile, as the crews were cleaning the crash site, there was also a minor rear-end crash at about 7:43 A.M.

Furthermore, to avoid being involved in an accident, one must practice safe driving habits on the road at all times.

Dealing With a Serious Car Accident

Indeed, distinguished personal injury assistance and guidance can be found with the Sweet Lawyers. Since the dawn of our firm over 40 years ago, we’ve assisted families in need of legal care. From car accidents to wrongful death, we’ve settled a myriad of lawsuits that have helped many people. Thus, if you refuse to settle and would like to take legal action against the reckless driver, call (800) 674 7854.