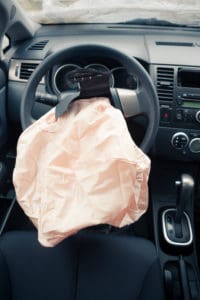 Moreover, according to Phoenix Fire officials, the incident happened at around 7:00 p.m.

Reports revealed that a westbound Ford Mustang lost control and veered towards the eastbound lanes, where it collided with a Chevy Cruze.

As a result, responders pronounced 18-year-old Jorge Alvarez, a passenger in the Mustang, dead at the scene.

Two passengers of the Mustang and the driver of the Cruze was transported to a hospital after sustaining injuries.

All three wounded victims were all male, one sustained critical injuries.

Due to the high chance of injury or death in an accident, extreme caution should be taken when driving.

We at Sweet Lawyers extend our condolences to those grieving the loss of Jorge Alvarez.

What’s Next after Multi-Vehicle Crash

As common of an occurrence as they are, many people do not suspect what follows in the event of a multi-vehicle crash.

We encourage you to speak with us today if you have suffered injuries or lost a loved one in a multi-vehicle accident. At Sweet Lawyers, we understand the impact of accidents on victims, and the financial difficulties they have to go through. Our seasoned personal injury lawyers will provide you with the best legal representation and guide you every step of the way until we win your case and vindicate the deceased. With over 44 years of experience in the legal field, we know how to tackle your suit from all angles. For more information, call us today at (800) 674 7852.