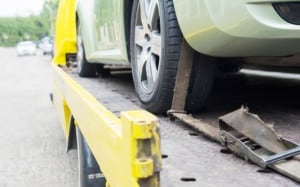 The Contra Costa County coroner’s office identified the 60-year-old victim as John Eagler, of Antioch. According to news reports, the 3:15 p.m. crash took place on northbound Deer Valley Road when Eagler’s Ford veered off the road along a curve and overturned.

The impact ejected the Antioch man. Authorities at the scene determined he was not properly restrained in a seatbelt.

However, at this time, investigators are determining whether alcohol or drugs played a role. California Highway Patrol officers are encouraging witnesses to call them at 925-646-4980.

Our hearts break for the family and friends mourning the loss of John Eagler. Our attorneys send their condolences.

When seeking trusted legal support and representation, turn to the Sweet Law Group. We settle wrongful death cases throughout our 44 years of practice. If you’re grieving over the sudden loss of a family member due to a reckless driver, call our firm for further information. We aim to help you recover and grant you full compensation. Our lawyers can be reached at (800) 674 7852.