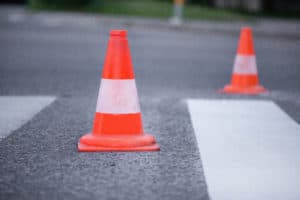 According to police, two vehicles, described as a white Mercedes and a blue Toyota, were racing prior to the accident.

Telling from a security video, investigators say the driver of the Mercedes attempted to cut off the Toyota driver before he or she lost control and veered across the center median. There, the Mercedes struck and killed a 49-year-old man jogging with his canine.

Another jogger, described as a woman trailing behind the man, saw the incident and dashed to the scene.

According to Police Chief John Incontro, the woman was about a hundred feet when she heard the noise and rushed over.

Due to the impact, the jogger flew about 30 feet from the point of impact while the dog traveled 60 feet. Both died on impact, say reports.

Now, the drivers, described as two 17-year-olds, are now in custody and face vehicular manslaughter charges.

This is devastating news to anyone who knew the victim. Our law firm would like to take this moment to send our condolences to all affected.

To discuss your wrongful death case with our professional legal counsels, call the sweet lawyers at (800) 674 7852. In the last 40 years, we have assisted numerous clients seeking justice, prosecution and reformation. We understand your need to acquire full compensation to cover any outstanding costs involving memorials or hospital bills. We can help you obtain these finances. To discuss your case with us call us today. We know what it takes to win. Above all, we believe you deserve the best legal representation and proper compensation for your pain and suffering. Let us help.