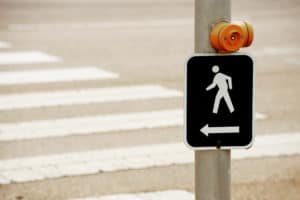 According to the investigators, an RTC bus made a right turn from northbound Eastern Avenue onto eastbound Sahara Avenue. They added that the bus was on a green light.

However, the bus driver didn’t yield to a pedestrian walking north in the crosswalk.

As the bus hit the 55-year-old female pedestrian, the rear tires ran over her.

Then, responders took her to Sunrise Hospital where she later died.

On the other hand, the driver and one passenger suffered no injuries.

As a result of the crash, the authorities shut down Sahara and Eastern Avenues. However, the roads have since reopened.

Roadways continue to clear and taking walks outside rises in popularity. Thus, more pedestrians are becoming vulnerable to accidents.

Pedestrian accidents are incidents in which someone walking or crossing a road is struck.

Furthermore, common locations for these accidents include intersections and bus lanes.

If you have lost a family member in a pedestrian accident, reach out to our team of seasoned and wrongful death lawyers. During this time, there are many questions and legal decisions that need to be made. Furthermore, our litigators at the Sweet Lawyers understand your situation. Indeed, we can help provide you with unmatched legal representation. Furthermore, our goal is to help the families of victims acquire justice and the maximum settlement. For more details, call our hotline today at (800) 674 7852.