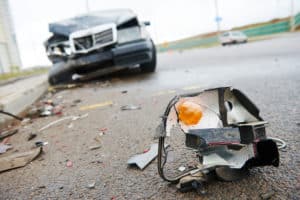 The head-on crash involving a Mazda 6 sedan and Audi sedan occurred just after 4:30 p.m. According to reports, the crash led to the closure of Northwest Lake Road near Lacamas Lane. The Camas Police Department revealed that the Mazda drove west. However, as it drove across the center line, it crashed with the eastbound Audi.

Authorities identified the Mazda’s sole occupant as 43-year-old Jeffrey Baker of Vancouver. Furthermore, the authorities declared him dead at the scene.

On the other hand, the five Audi occupants sustained minor injuries and were transported to a hospital. After treatment, they were later released.

At this time, the authorities did not provide any details about the cause of the crash or the identities of the involved.

Our deepest sympathies are extended to the family and friends of Jeffrey Baker.

Sweet Lawyers draw their passion from their drive to help others. We’re legal advocates seeking truth and justice. Our law group is well-versed in the legal justice system and has no problem overcoming challenges. If you are facing a wrongful death case, call (800) 674 7852. We encourage you to rest and rehabilitate while we determine the ideal approach to getting you a satisfying settlement to cover the financial toll the loss of a loved one has caused. If you’re interested, call our wrongful death attorneys today while there’s still time.