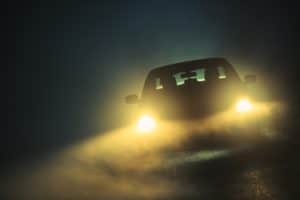 The authorities arrested Jedidiah Guerra after crashing into the Oroville Police Station near Lincoln Street. He received charges on felony vandalism to driving under the influence, and two counts of battery on a police officer.

As a result of the crash, power and breaking water lines were knocked down, and the building was flooded. On the other hand, Police Chief Joe Deal added that Jedidiah Guerra went out of his truck and attacked some officers as they contacted him.

Furthermore, reports revealed that there’s no one in the lobby or public restroom during the crash. The said the motive is still under investigation.

Getting behind the wheel is one of the most dangerous things we can do. Furthermore, it’s a responsibility that should not be taken lightly. By keeping a safe distance from other drivers, paying attention to your surroundings and driving at a controlled speed, you can focus on the task at hand. These driving tips will make a difference and save lives.

Thousands of people across California suffer injuries in traffic collisions every year. Thus, knowing that you hire the right firm, that has the resources to spend, can make all the difference in getting the right compensation for a client.

If interested in filing a claim for an auto accident case, call Sweet Lawyers at (800) 674 7852. Our firm takes on personal injury, wrongful deaths, disability, and car accident cases of every kind. We know that an accident can set you back financially, and cause you distress and trauma. Furthermore, we vow to stay on your side the entire way through your legal battle. Above all, we aim to get you the justice and compensation you are rightfully owed. For your convenience, you can also reach us through online chat and email 24 hours a day, 7 days a week.