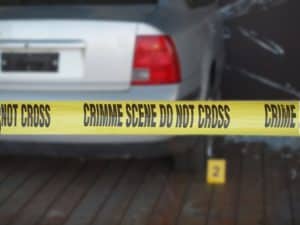 Paramedics took all three victims to a hospital with life-threatening injuries. However, one victim did not survive and hospital personal declared him dead an hour later.

The driver of the SUV, Athmane Oukal, 46, an Algerian citizen, cooperated with police. He did not show any signs of being under the influence. In addition, police said nothing indicated it was intentional. However, officers arrested him on Tuesday on suspicion of vehicular manslaughter and driving at an unsafe speed.

With deepest sympathies, we would like to send our thoughts of courage, strength, and support to the bereaved family and friends of Jedidiah Crews.

The period of time after a fatal accident can be very difficult for families. While taking time to yourself and being with family is important, reaching out to a lawyer as soon as possible can be a critical part of recovering the compensation you deserve for your losses. Pursue excellent legal guidance at the Sweet Lawyers. We have been handling delicate cases for over 44 years. Our goal is to help victims and their families acquire justice and maximum settlement. For more details, please call our hotline at (800) 674 7852.