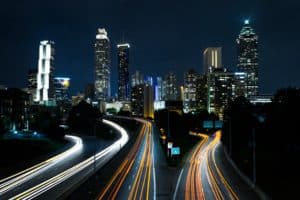 CHP officials said a 2013 Honda Civic rear-ended a 2006 BMW sedan, causing the BMW to overturn. Shortly after the crash, a Peterbilt tractor-trailer truck was unable to stop and struck the BMW.

Paramedics responded and located the BMW driver with fatal injuries. The victim, a 20-year-old man, was pronounced dead at the scene. His name was not immediately available.

A passenger in the Honda, 25-year-old James Parscal, suffered major injuries and was taken to a hospital. The driver, identified as 22-year-old Jecenia Hedrick of Anderson, was also seriously injured and hospitalized.

Meanwhile, the driver of the big rig was unharmed.

CHP officials closed the southbound lanes of 5 Freeway for about four hours while they investigated the incident.

We are one with the bereaved family and friends of the victim during this very unfortunate time of their lives.